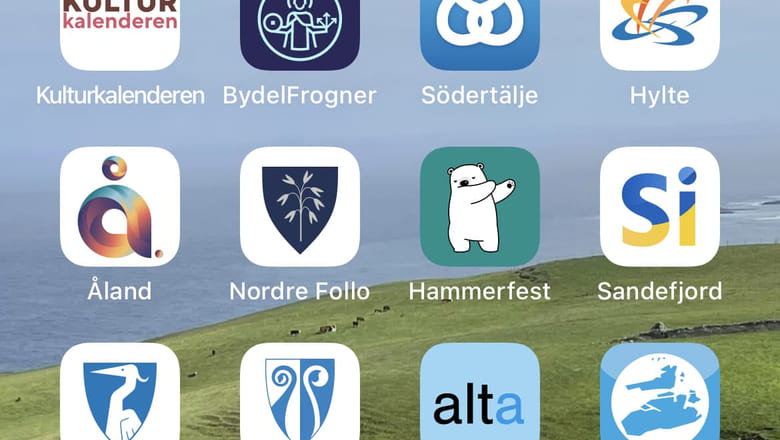 Municipalities, cities and councils that make the choice to launch their own app find common ground in a few factors: They see that social media works poorly as a news-oriented channel, as the algorithms are too capricious in how news and information content is presented to the recipient. Further, one find a need to establish an outbound channel that is based on the recipient's own needs and wishes, when it comes to communication from the municipality and the local community.

Many municipalities and public bodies have lost faith in Facebook and social media as an effective channel for news and information dissemination. The channels work well as social environments for conversation and discussion, but too much information is lost in the algorithms for them to be trusted as a reliable information channel."

Although there are some similarities between the municipalities that choose to go for a citizen app, there are also big differences in adaptation: Alta and Hammerfest prioritize the young, Sandefjord has put a lot of time and effort into visualization of IoT and smart city data to make the citizen's everyday life simpler. Hylte municipality prioritizes initiating a project for citizen dialogue, while Södertälje sees the citizen app as an important channel in connection with the elections this fall, and is building an entire portal with the goal of stimulating election participation and involvement in local democracy.

In Stavanger, "the culture calendar" has become the main focus, with the aim of supporting the local cultural life after the struggle of the Corona years. And, in the Frogner district of Norways capital Oslo, the local government institutions - healthcareand such -are allowed to communicate directly with the residents - for faster information with specific segments of the population. With our friends in Åland, Finland, a media house - Ålandstidningen, have taken responsibility for creating the island resident's new hub for news and information!

It is exciting to see how the app channel can be used in different ways and, not least, how quickly it is possible to adjust the channel, based on specific and needs!

All posts from the blog

If you would like to learn more about our products and services, please contact us via phone or email with the following addresses below.